P O K I T O
_______
Some of the most exciting and fulfilling cuisines arise from the combination of cultures, and we witnessed a beautiful example of this as we worked on branding the restaurant Pokito.
Bala Erdem, hailing from Istanbul and living in Budapest, fell in love with the Hawaiian-Japanese dishes Poké bowl and Poké burrito in Spain. This interest grew and sparked a desire in him to open his own restaurant.
The dishes served at Pokito are interesting both with regards to the ingredients used and in the way they’re made, which gave us a lot of inspiration and room to play. We started with designing the logo, which represents a palm tree, full of life, that rises from a bowl. The symbolism of the palm tree pays homage to Hawaii, where Poké originates.
​​​​​​​
The bowl later became a very useful element on the menu board, where we illustrated the “How to make your own” steps for the DIY dishes on offer. The illustrations show how the dish is assembled with the various types of ingredients in order of how they’re incorporated. We also designed many other ingredients which mainly appear on Pokito’s social media platforms.
The business card was printed with a very unique 4-colour letterpress technique, so all four colours of the logo can be seen in their correct shades. We wanted to give the entire brand a bit of a jungle feeling, so the menu card and board both feature the same jungle pattern, complete with monkeys and parrots.
The restaurant is located in a historical building, which featured a beautiful old nameplate on the facade. We all found this element very cool, so Bala had it restored, and we redesigned it with the new logo.
The interior design was done by our long-time collaborator Viktor Csap of Studio Arkitekter who transformed the interiors to perfectly represent the identity of Pokito.
Ph   photography by András Zoltai
Ad   art direction by Eszter Laki
Gr   graphic design by Eszter Laki & Réka Imre
_______ 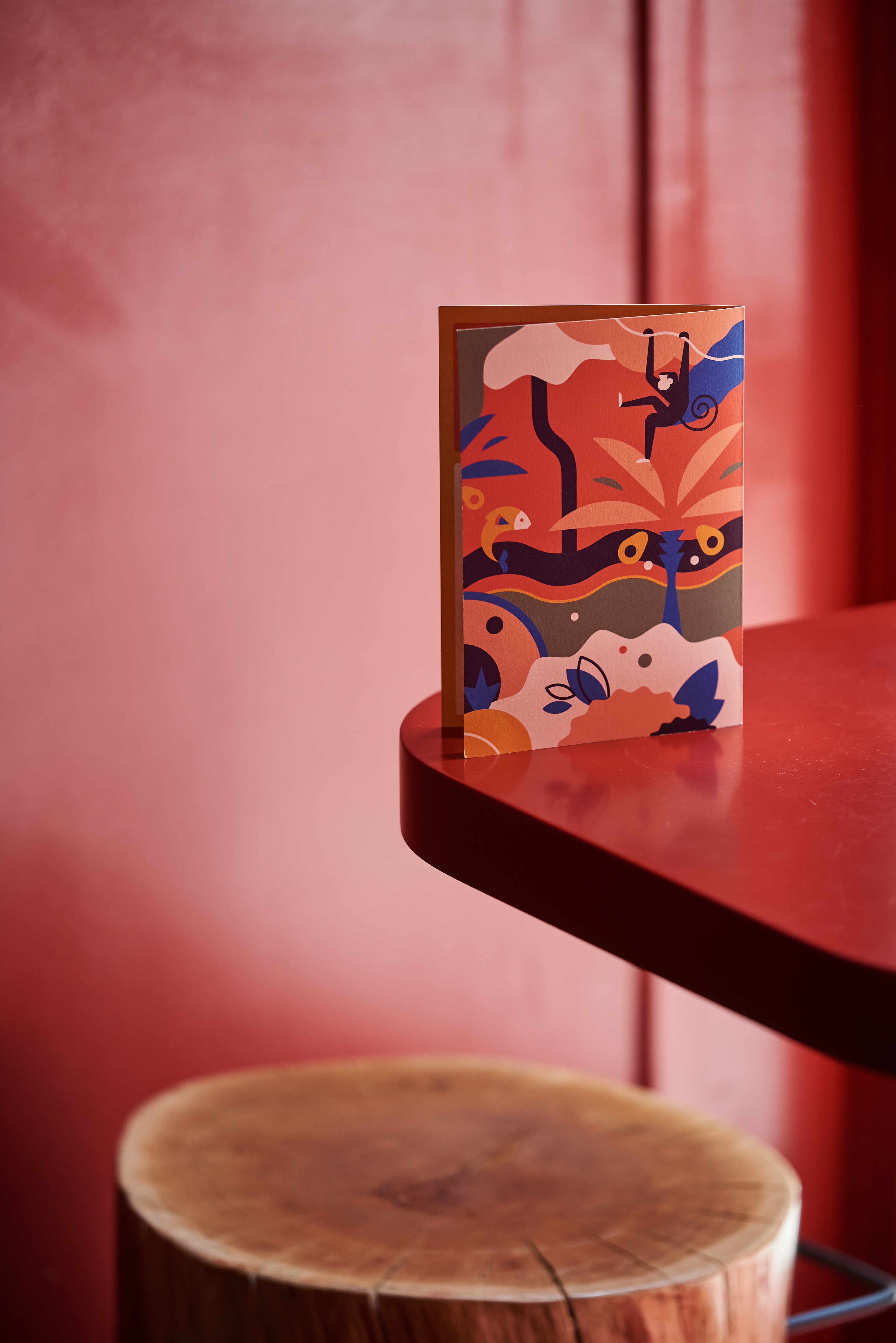 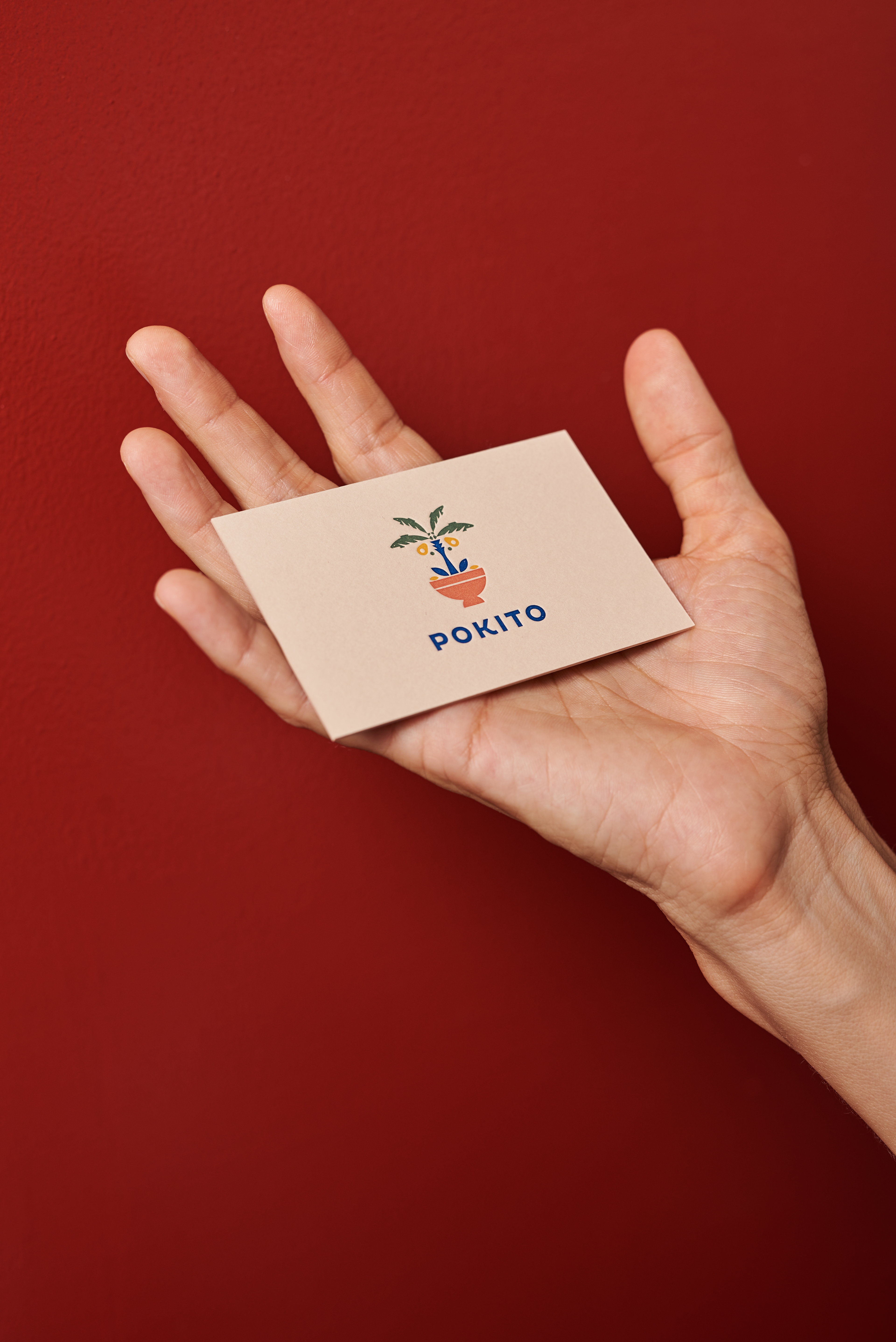 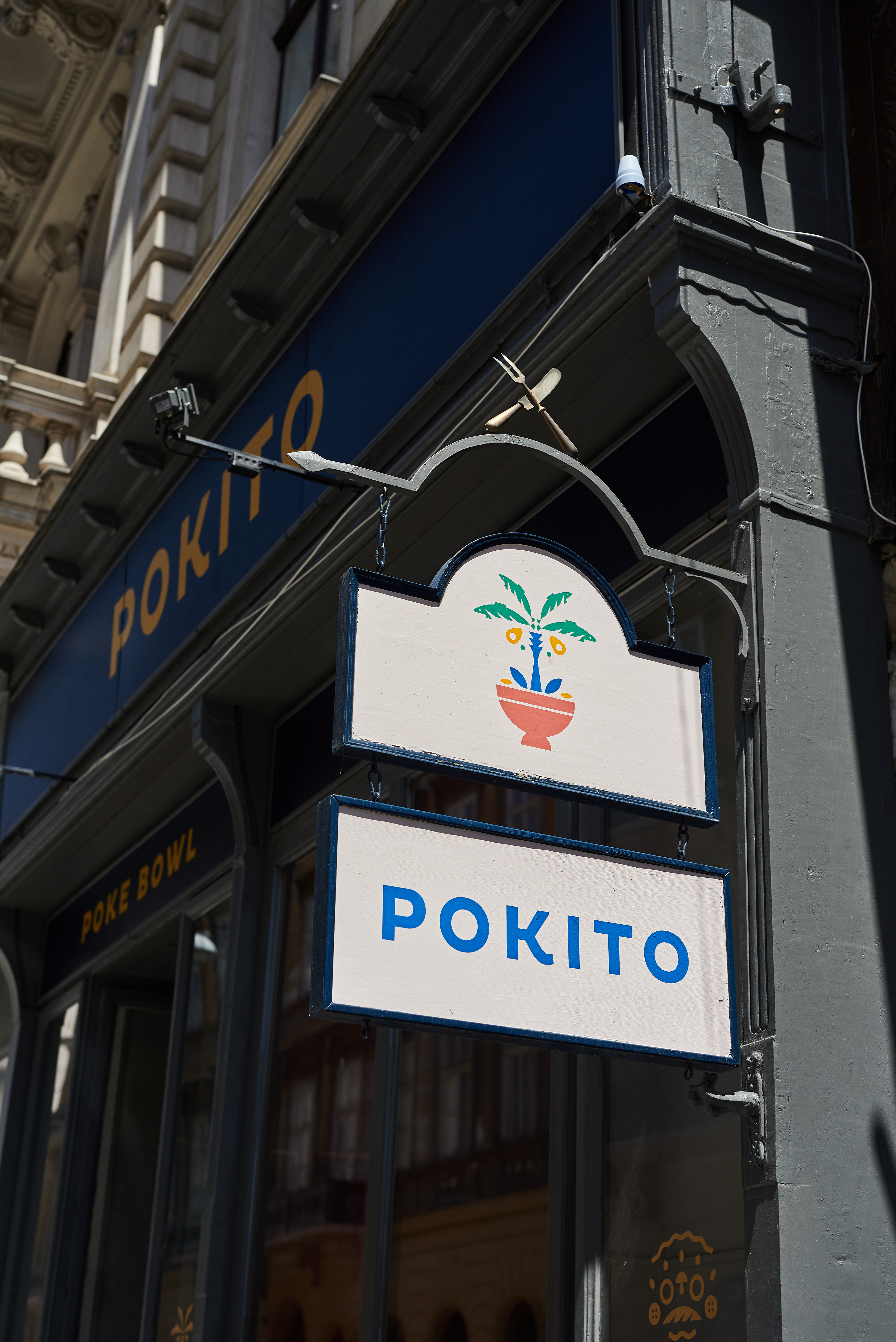 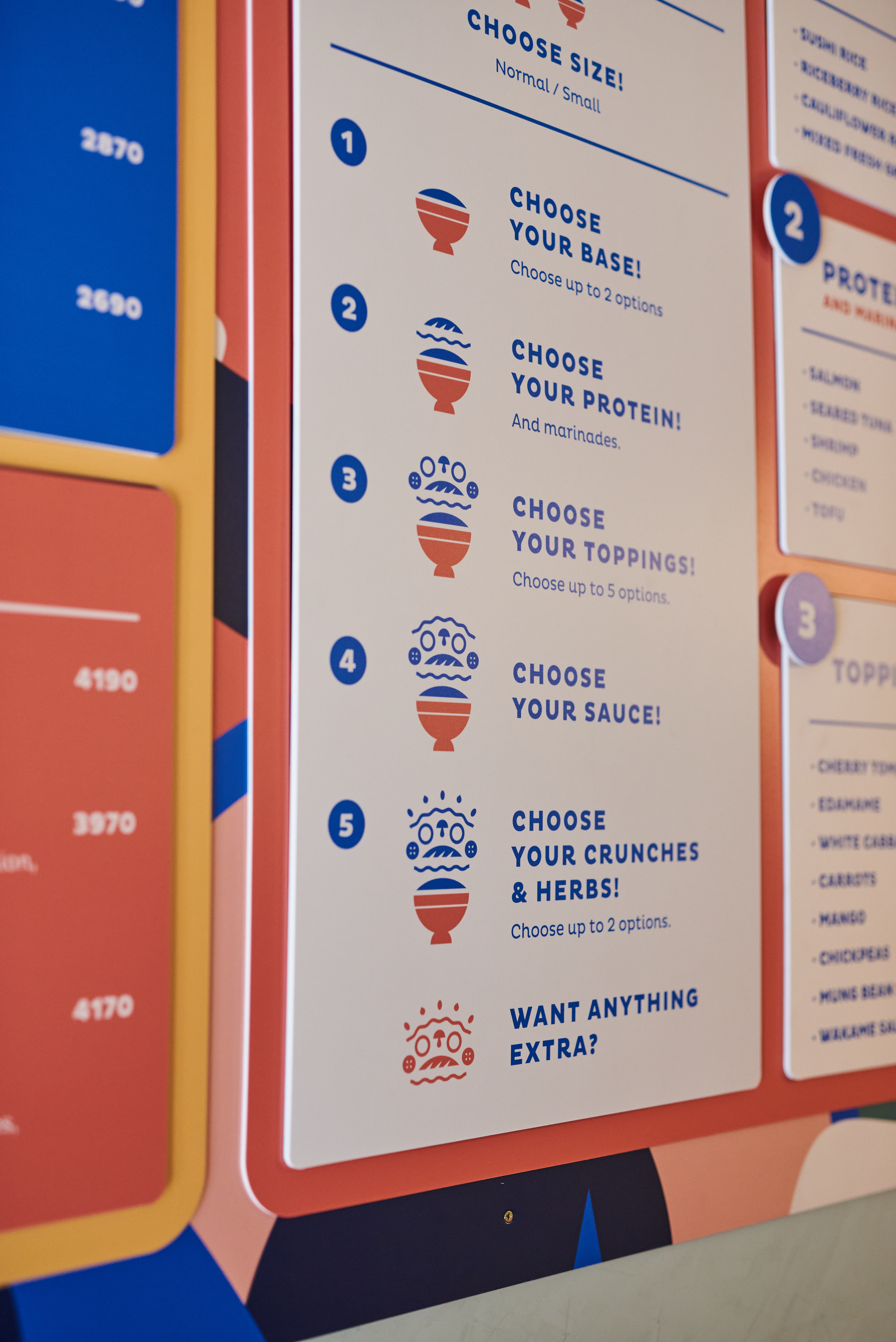